World Oceans Day was earlier this week, and it got me thinking about another key part of our water-based ecosystems. While the international day for mangrove conservation isn’t until July, and mangroves are an in-between area between land and water, I don’t think these incredible forests are being discussed enough.

So I’m here to talk about them today.

Magroves are a type of tropical forest. These woody trees and shrubs live along sheltered shores, rivers and estuaries of 118 tropical and subtropical countries around the world, and are regularly flooded by tidal water. Though they make up less than 1% of all tropical forests around the world, mangroves are also incredibly diverse and important ecosystems. There are at least fifty types of mangrove globally, many of which aren’t closely related to each other, however they all fall under the ‘mangrove’ category due to thriving in salty, low-oxygen environments.

Mangroves are also incredibly tough. They’re the only tree species that can tolerate saltwater, as they have specifically evolved to thrive in the muddy, salty conditions that would kill most plants. They live in coastal wetlands with their roots submerged in water, surviving due to a filtration system that keeps out a lot of the salt, and twisting masses of roots that hold mangroves upright in the shifting sediments where the land meets the water. While all of these adaptations keep mangroves alive, they also create numerous unique benefits for climate and other living beings too.

Despite their hardiness, mangroves are under threat. 2021-2030 is known as the UN Decade of Ecosystem Restoration, here’s why global efforts to protect and restore mangrove ecosystems are so vital. 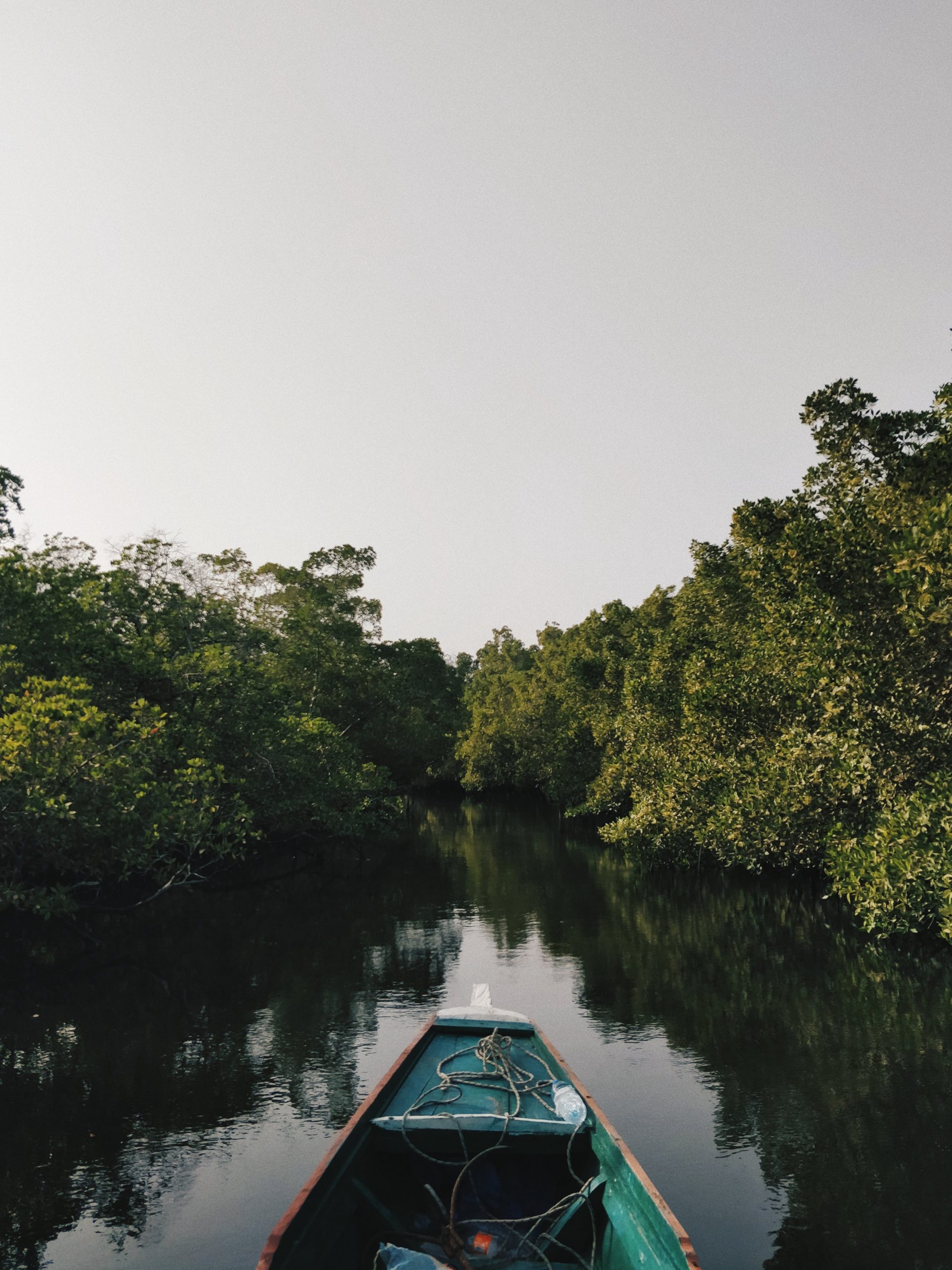 Mangroves are huge carbon sinks, sequestering up to four times more carbon than rainforests per hectare in their carbon-rich soils. This is known as ‘blue carbon’ because it is stored underwater in coastal ecosystems (seagrass beds and salt marshes are other sources).

The soil is key to why this happens, with soil around mangroves storing five times more carbon than temperate, boreal and tropical forests. Mangroves’s complex root systems anchor them into underwater sediment, slowing incoming tidal waters. This allows organic and inorganic material (eg. mangrove tree roots, branches, and leaves that die and become submerged under the tidal water) to settle into the sediment surface. The low-oxygen conditions then slow the decay of these materials, meaning more carbon accumulates in the soil.

Mangroves have more carbon in their soil alone than most tropical forests have in all their biomass and soil combined.

Using conservative estimates, we estimate that 1,299 tonnes of carbon dioxide would be released per ha of cleared pristine mangrove in Central Africa

Mangroves are vital biodiversity hotspots. Because they help to filter coastal waters, they provide nutrient-rich habitats for a vast array of species around the world including birds, fish, reptiles, monkeys, penguins, sharks, flamingos, manatees, and even a species of tiger, in different stages of their life cycle.

These coastal forests are prime nesting and resting sites for hundreds of shorebirds and migratory bird species, including kingfishers, herons, and egrets. Crab-eating macaque monkeys, fishing cats, and giant monitor lizards hunt among the mangroves, along with endangered species such as olive Ridley turtles, white breasted sea eagles, tree climbing fish, proboscis monkeys, and dugongs. And the soft soil beneath mangrove roots enables burrowing species such as snails and clams to lie in wait. Other species, such as crabs and shrimp, forage in the fertile mud. 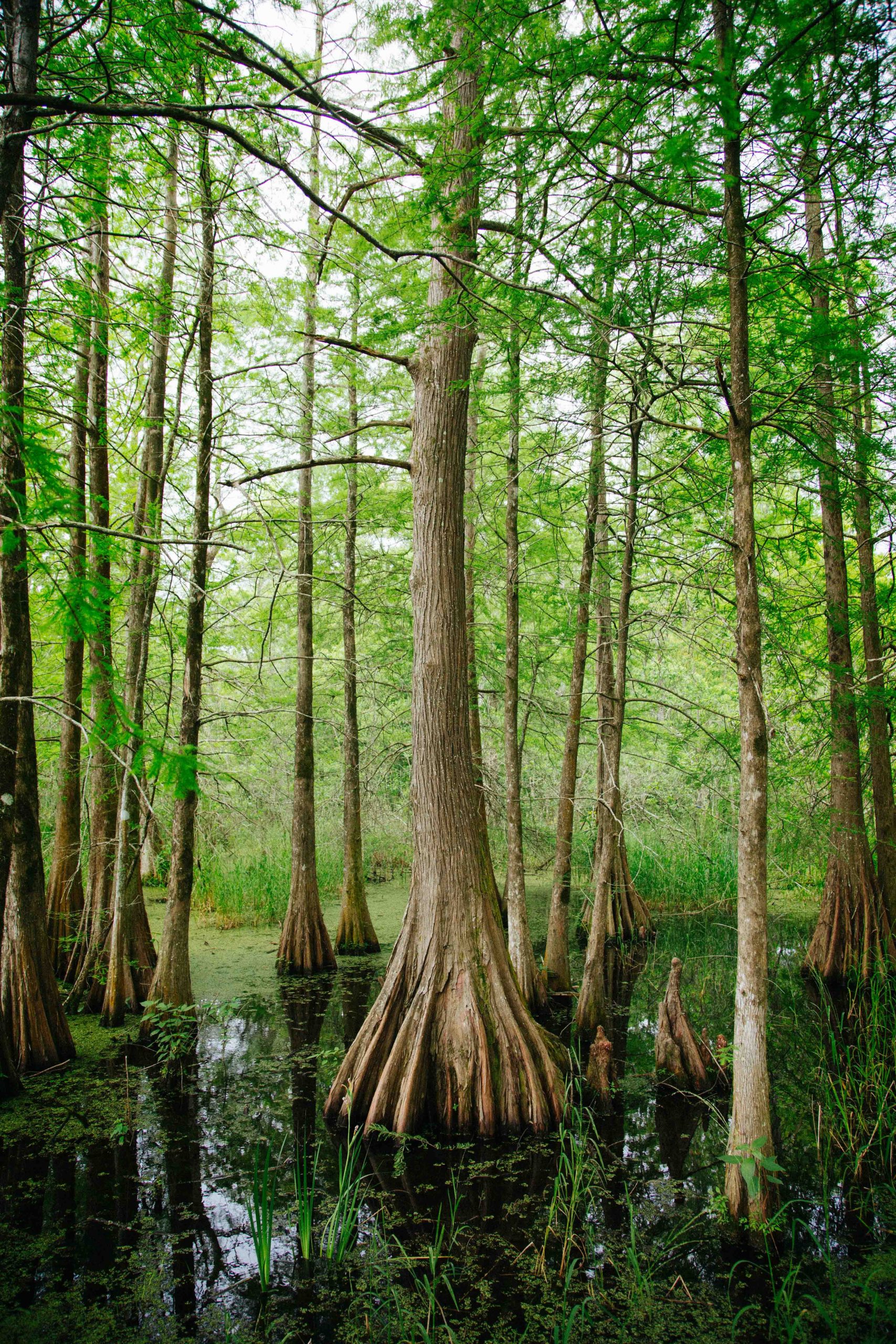 It’s also estimated that 80% of the global fish catch relies on mangrove forests either directly, or indirectly through depending on food webs that can be traced back to these coastal forests. And that’s just what we know about. Mangrove forests have the potential to be sources of undiscovered biological materials that could benefit mankind, such as antibacterial compounds, pest-resistant genes or other sources of scientific breakthrough.

This is also key to human safety. Mangroves are also the first line of protection for coastal communities; their sturdy root systems create natural barriers that absorb impacts of storm surges, flooding, hurricanes and other extreme weather events.

Why we need to invest in protecting mangrove forests 🌳 🌊 pic.twitter.com/pglofjYp1v

A 2019 study of Florida’s Mangroves concluded that mangroves in Florida prevented $1.5 billion in direct flood damages, protected over 50,000 people during 2017’s Hurricane Irma, and reduced damages by nearly 25% in counties with mangroves. A 2020 global study found that mangroves provide over $65 billion in flood protection and prevent 15 million people from being flooded every year.

Loss of mangroves worldwide would cause 29% more land, 28% more people and 9% more property to be damaged each year. About 90% of the flood protection by mangroves is from tropical cyclones whilst 10% is from storms during regular conditions; the benefit from mangroves is greater during more severe storms.

The report found that in countries such as Belize, Suriname and Mozambique the value of mangrove flood protection is greater than 15% of national GDP, while mangroves in Vietnam, India and Bangladesh protect the highest number of people.

The 2017 UN Ocean Conference estimated that nearly 2.4 billion people live within 100 km of the coast. This means that restoring and protecting mangroves provides essential safety for a lot of communities, but it also helps the fight against climate breakdown, which causes increased dangerous weather events in the first place.

Aside from safety, millions of people directly rely on mangroves for food, income and wellbeing. Healthy mangroves lead to healthy fisheries for fishers, land on which to farm, and wood for multiple uses.

Whereas unregulated development threatens mangroves – like mega tourism projects in Mexico, polluting industries in India and Vietnam, or large-scale shrimp aquaculture in many parts of the world – locally-led community development can offer economic growth without compromising coastal ecosystems.

It’s yet to be seen how valuable things like eco-tourism and other recreational activities could be in regards to mangroves, but communities already living in and around them depend on them for their livelihoods and the resources they need. This is why it’s important to push back against unregulated development and logging. Many communities have lived in harmony with these diverse ecosystems for generations, and this is how it must remain. 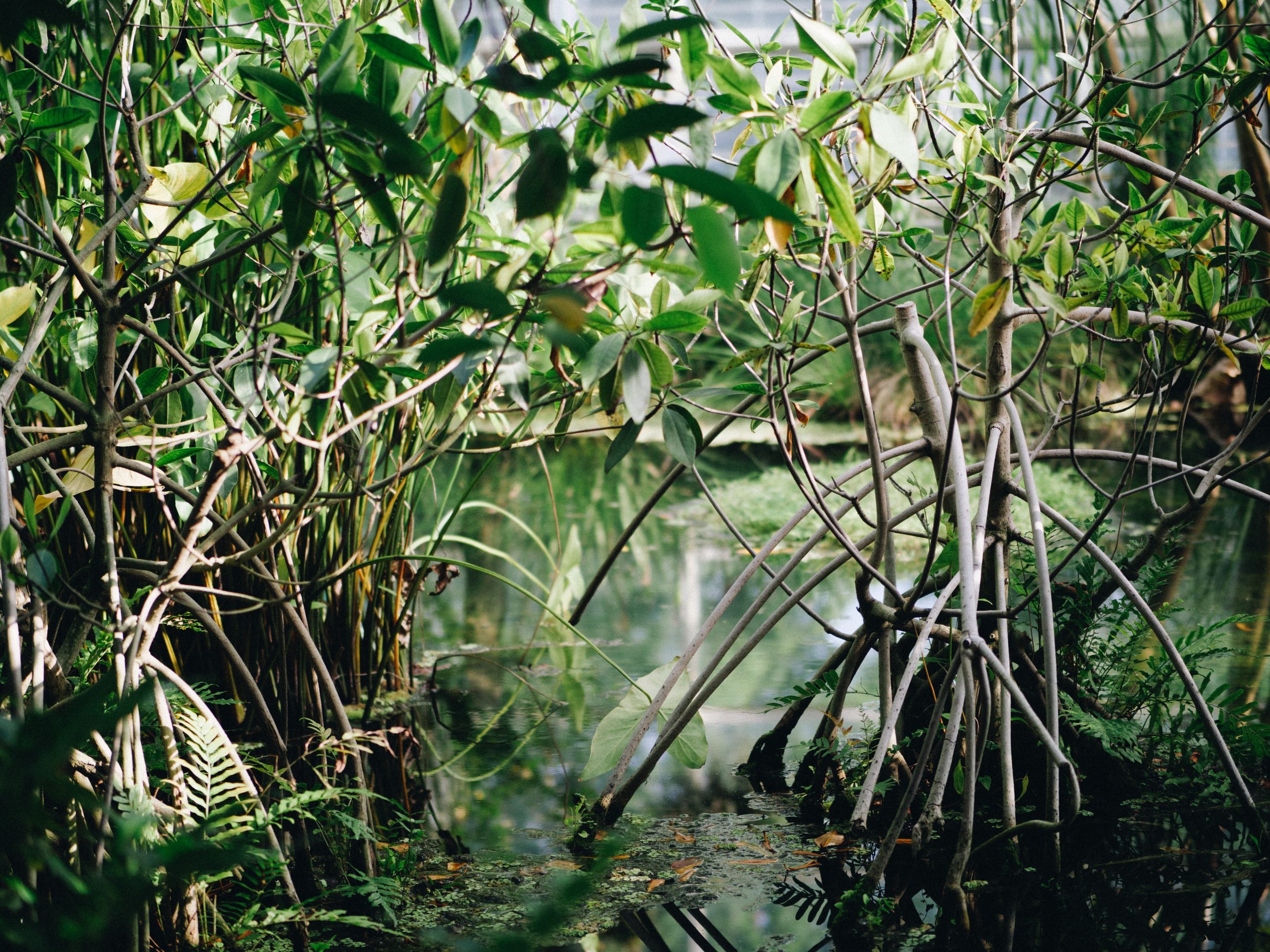 Despite their importance, mangrove forests among the most threatened habitats in the world.

Human activities that cause issues include deforestation for agriculture, development and infrastructure, clearing mangroves for oil palm plantations, water pollution from pesticides, herbicides and fertilisers, overharvesting of wood for fuel and construction, redirecting water flow from reaching forests through dams/irrigation, rising sea levels, erosion, and the general effects of climate change, all with damaging consequences.

However, one of the largest threats to mangroves is extensive shrimp farming. In these cases wetlands are cleared for artificial ponds stocked with shrimp; redirecting the natural flow of water to the ponds and away from mangroves and other ecosystems that rely on it. This can prevent mangrove seeds from being dispersed via seawater, as well as killing off trees. This seawater can also contaminate farmland or freshwater below the ground, alongside huge amounts of chemicals and waste also contaminating surrounding waters. None of this benefits local farmers, fishers or communities.

Rather than bolster local economies, shrimp farming can actually deplete the local peoples’ ability to support themselves. Because shrimp is a cash crop, not a subsistence crop, the profits from shrimp farming are exported, and the jobs it generates are usually temporary. The average Asian intensive shrimp farm survives only two to five years before pollution and disease force it to shut down. Local people are left with a devastated landscape that can no longer support fishing, farming, or wood gathering, and many are forced to move away.

How to protect and restore mangroves

More people are becoming aware of the importance of mangroves, and multiple organisations are working to protect them.