I admit this post is coming slightly late. Pancake day seemed to take me by surprise this year, and suddenly Lent was here before I knew it.

Nevertheless, I’m still going to talk about Lent. Even if it is a couple of days in.

If you don’t know, Lent is a period of 40 days where people participate in fasting and reflection, usually giving up something like an unhealthy go-to snack or a habit such as smoking. Lent originates from Christian tradition, but you don’t have to be Christian to participate. I have taken part in Lent since childhood, in varying degrees. Despite not growing up in a particularly religious family, I did go to Catholic school, where Lent is a common cultural norm. Most years since I’ve either used Lent as a time to give up a habit, or to try and build a healthier one. For many people, Lent is simply an opportunity to designate some time to reflect and reset in some aspect of their life.

Lent is also the time of year when IJM, the world’s largest international anti-slavery organisation, run their #SlaveFree campaign, working to shift public attitudes towards slavery and to eradicate exploitation from global supply chains. It’s a campaign I’ve partnered with for a few years now, traditionally in the form of highlighting industries where slavery is a prevalent, but hidden, issue.

This year, the Church of England is also exploring sustainability, as they have launched their first official green Lent campaign.

Today I thought I’d take a bit of time to highlight both, and how you can get involved if you so choose.

human rights abuses in supply chains are something many people in the world of ethics and sustainability are aware of. Many may think of low wages, wasteful manufacturing, or pollution when we think of problems in factories. What we can sometimes miss, is the issue of slavery.

Slavery is still incredibly prevalent in the modern-day world, with 25 million people in forced labour slavery today. Often we see this take place in sectors where the supply chains are longer and more complex. The more stages of the chain, the more possibilities for exploitation to creep in and put workers at risk, especially if workers are in a region that doesn’t have good anti-slavery or labour laws.

62% of global leaders surveyed say they only conduct due diligence on the first tier of their third-party relationships. And only 16% say they are sufficiently knowledgeable about slavery and forced labor.

This map from Anti Slavery International gives some stark examples, detailing industries around the world where slave and child labour is prevalent. It’s clear that this is a problem that touches many industries, and that none of us can guarantee we’ll go our whole lives without buying something that has been, at least partially, made by slaves. 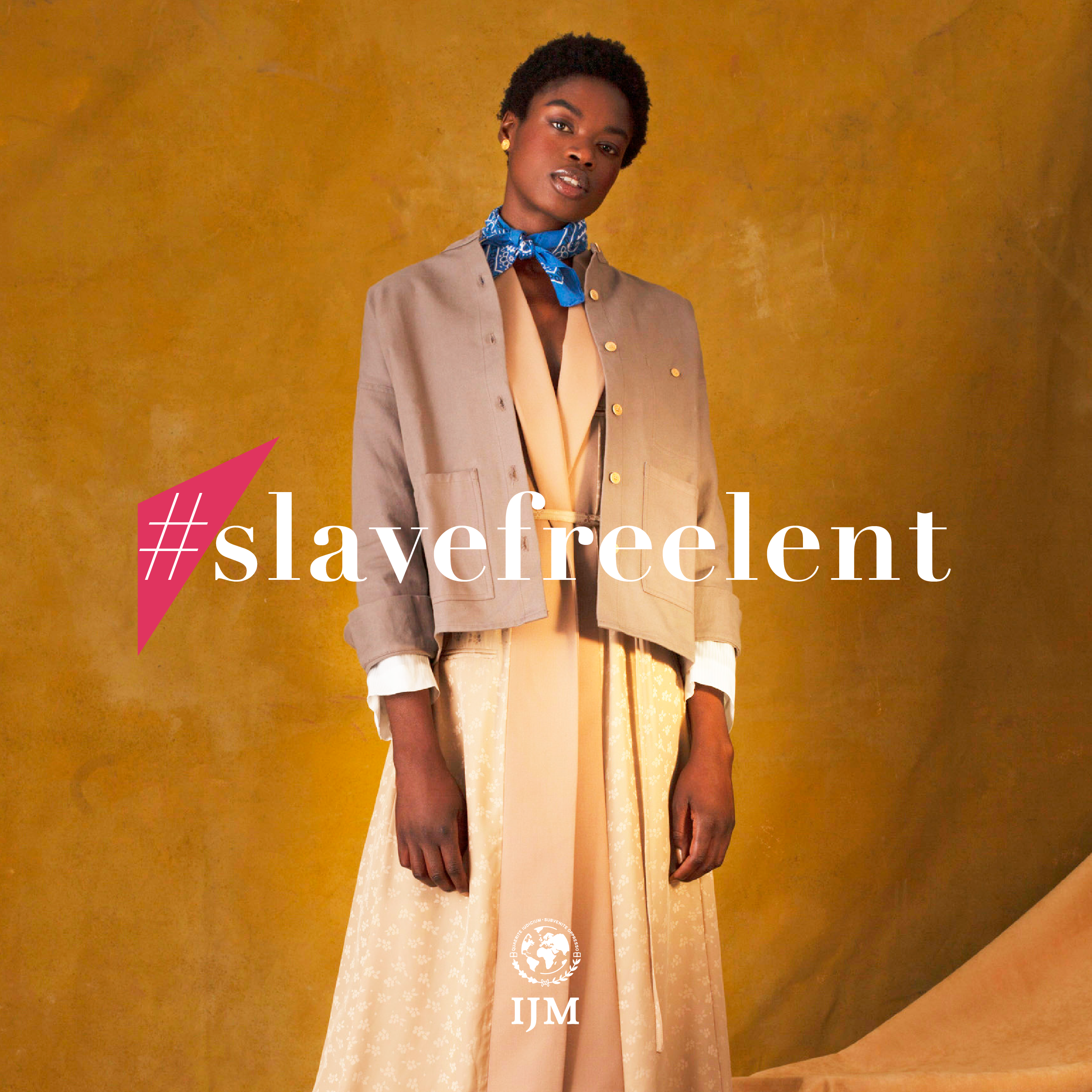 There are a few ways that slavery has been addressed, including media, NGOs and corporations working to examine supply chains, stigmatise industries that are filled with slavery, and incentivise good labour practices. These are all useful, but alone they can’t stop slavery, as it is both widespread and profitable.

This is where IJM focus their attention: on the responsibility of governments to protect people from exploitation, because eradicating slavery is achievable if there is sufficient political will. They work to help police, prosecutors and courts to prevent slavery from happening in the first place, and holding perpetrators properly accountable.

IJM has consistently seen successes in areas where they operate, as their tangible support to law enforcement and victims results in cases of slavery dropping across the board. Their work identifies gaps and weaknesses in the justice systems in the regions where they operate, IJM is then able to implement system reform to help local law enforcement adequately address slavery cases.

Slavery is illegal everywhere, but it’s usually hidden and laws are often not enforced. At IJM we’ve found that slave-owners and traffickers are not especially courageous when faced with lengthy prison sentences. We’ve seen that slavery can dry up quickly in areas where we’ve supported local law enforcement to find and prosecute offenders. Slavery is more prevalent than ever, but it’s also more stoppable than ever.

How to get involved with #SlaveFree Lent:

And, for when Lent ends, IJM also asked me to share some tips.

How to avoid slavery when you shop 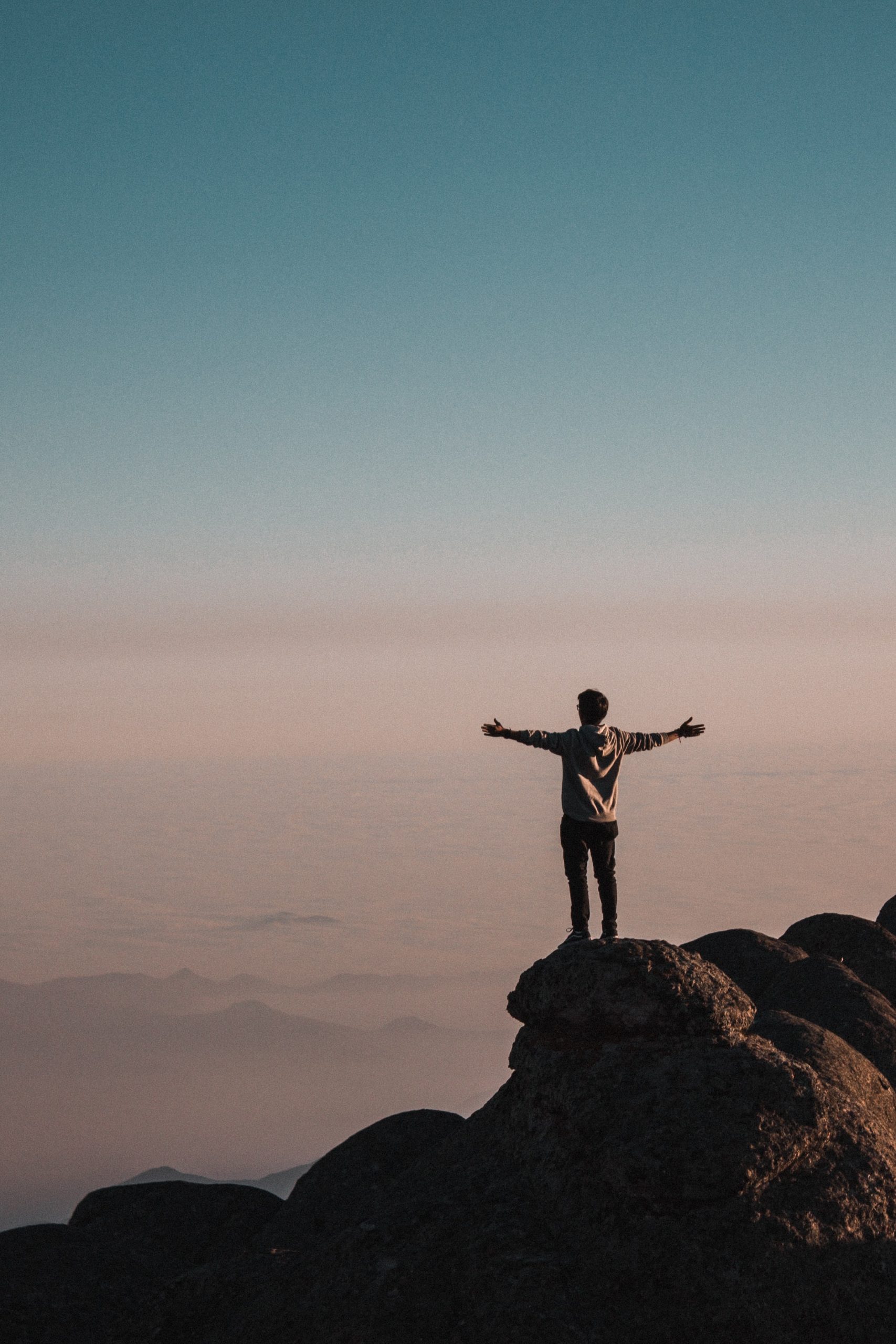 The Church of England’s #LiveLent challenge

If you are looking for something more faith-based or rooted in a Christian tradition, then the Church of England may have something for you.

Their #LiveLent challenge focuses on the need for humans to value and protect the Earth, rebuilding our relationship with the planet.

Instead of giving up something, participants are invited to follow a set of 40 short reflections, which correspond to chapters of the book Saying Yes to Life, by Dr Ruth Valerio. The challenge also provides a suggested action every day, to help people live in greater harmony with nature, their neighbour and God.

Examples of topics explored include: ‘how much water goes into making a pair of Jeans?’ ‘Could you twin your toilet?’ ‘When was the last time you gazed at the night sky?’ or ‘What was the carbon footprint of the meal I just ate?’

You can participate by buying a #LiveLent booklet (adults and children options available), by signing up to receive the daily reflections free via e-mail, you can use the #LiveLent app (for iOS and Android), and daily audio reflections will be accessible through Alexa and Google Home smart speaker apps. Churches can also find more resources here.

This comes at the same time as a February 2020 announcement from the Church of England’s General Synod, setting new targets for all parts of the church to work to become carbon net-zero by 2030 (the previous target was 2045). They specifically:

call upon all parts of the Church of England, including parishes, BMOs [Bishop Mission Orders], education institutions, dioceses, cathedrals, and the NCIs [National Church Institutions], to work to achieve year-on-year reductions in emissions and urgently examine what would be required to reach net zero emissions by 2030 in order that a plan of action can be drawn up to achieve that target

These are all encouraging moves from an organisation that both owns a lot of buildings/land, and is comprised of a lot of people. If you want to learn more, check out their Lent campaign here.

Of course, if Lent isn’t for you, that’s totally fine. But if it’s something you’re interested in trying out – I hope these options help you progress in your ethical and sustainable journey.