So, we did it! After increasing pressure and ongoing protests from Extinction Rebellion, the UK officially became the first government in the world to declare a climate emergency.

This is a great achievement. Not only because politicians are finally forced to face facts of what’s happening, but because it has sparked international conversation, pushing climate change to the front of many political agendas and hopefully encouraging other countries to follow suit. In fact, climate change is now the top issue for registered Democrats in the USA, which is important considering the topic was notably absent from the 2016 race.

But, ultimately, right now these are just words. Words that will mean nothing unless they are followed by action. Greenpeace has already published a report that includes guidance for the UK’s actions after declaring the emergency. It can be summarised as such:

Ban all new oil and gas production in the UK, including fracking, triple renewable energy by 2030, plant 700 million trees, introduce a Frequent Flyer Tax, end the sale of all new petrol and diesel cars by 2030, roll out free bus travel for young people and those on lower incomes, end carbon emissions from heavy industry like steel and cement, create millions of jobs in a new green economy, retrofit our homes to go zero carbon and radically change the farming and food system to encourage a less meat-based diet.

It sounds impossible, but if we are able to mobilise at wartime pace, then it might just be doable. After all, if there’s one thing humans are good at, it’s innovation. We have the means to do it; but if you’re feeling a little lost as to what to do now the emergency has been declared, I’ve compiled a list of ideas and different things you can get involved with. Obviously you don’t have to do them all, but feel free to have a browse and see where you can get involved. 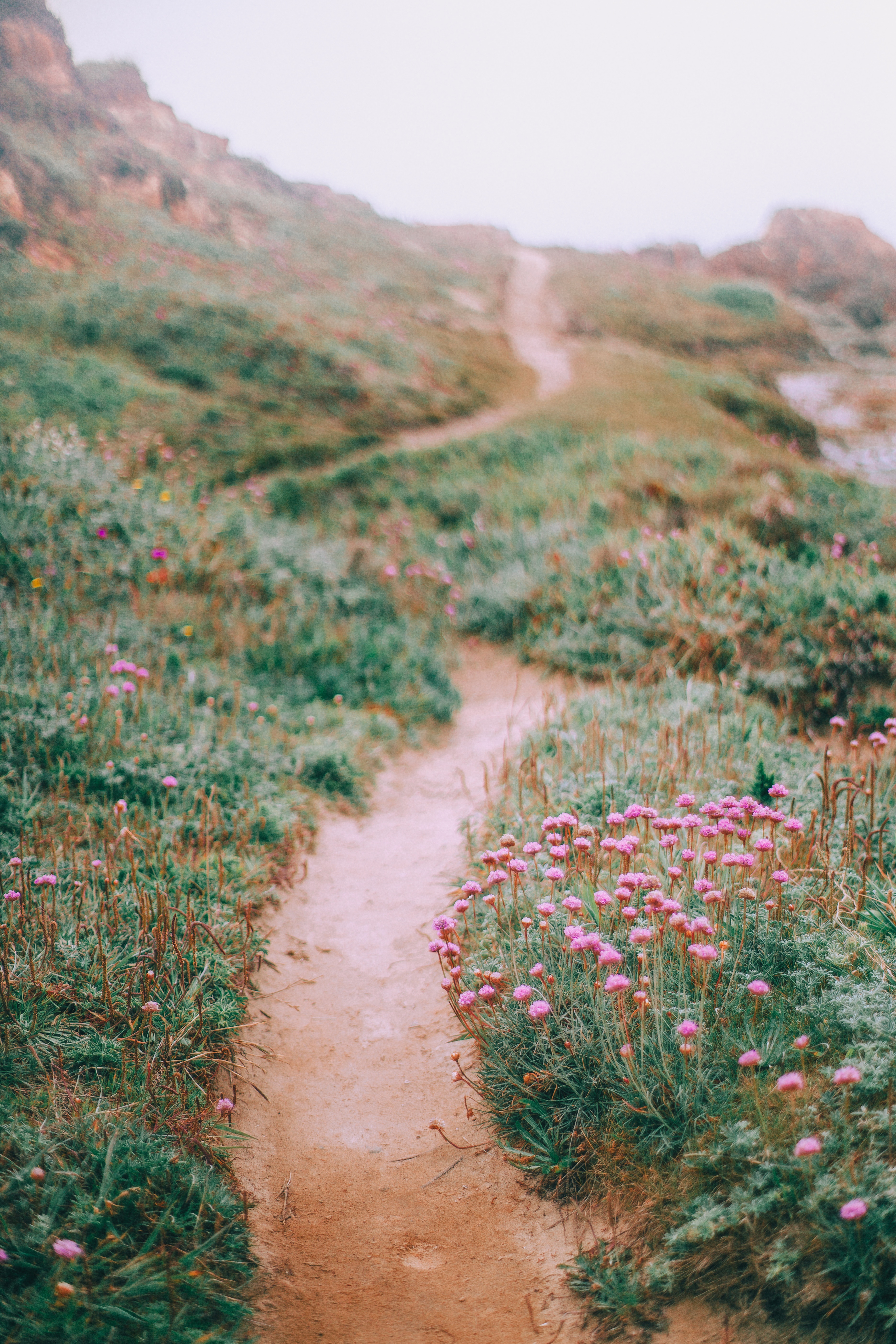 – Sign up to Extinction Rebellion for further updates, protests and events, or to start a local branch in your area

– If you’re a medically qualified individual Doctors for Extinction Rebellion are requesting that doctors sign this letter protesting the effects of climate change on health, to be published in the medical and international press.

While the government is planning for offshore wind to make up 30% of our UK grid by 2030 (alongside nuclear and gas) to me this seems like an underestimate. Personally, I’d like to see a lot more offshore wind, with more hydro and solar in the conversation too, so let’s push for it. Also, why is no one talking about this turbine that generates electricity from slow-moving currents? If we’re fitting buildings with solar panels, surely there’s a place for these too. We are literally an island, we have so much slow-moving water!

While you’re at it, ask them to ban fracking. Current legislation has just about done that anyway, so may as well make it official.

– There is another march this Sunday, May 12th, in London

– And another Global Climate Strike For Future on Friday, May 24th 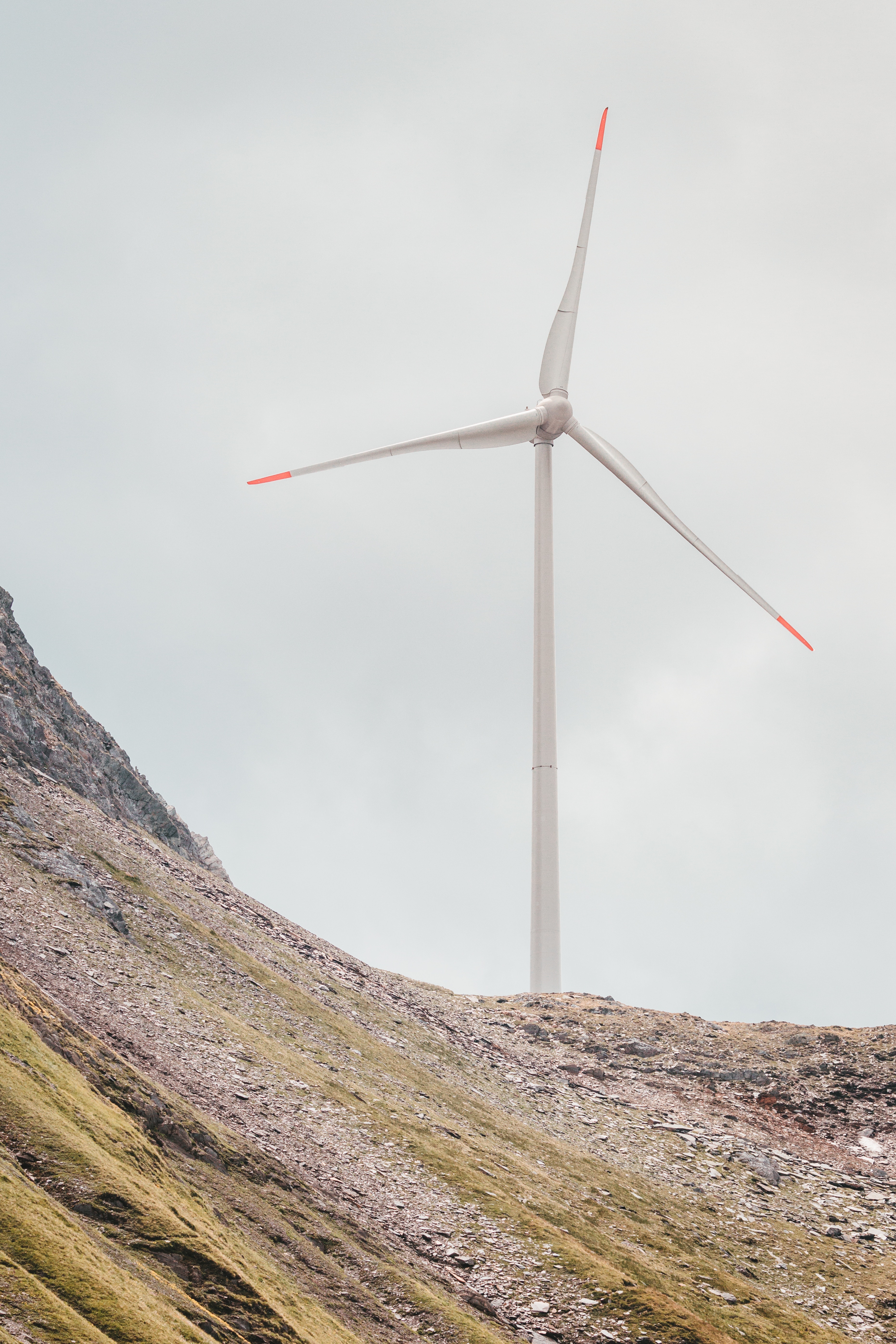 For the first time, in 2018 the fossil fuel industry recognised the threat of the divestment movement. Considering that 71% of emissions in the last 30 years have come from 100 fossil fuel companies, it’s time to hit them where it hurts. Whether it’s your local council, your university, or your arts institutions, we need to increase pressure to take any and all money out of fossil fuels for good.

This one is personal to me, this is in my home area and I know people are fighting this as hard as they can on the ground. Please sign this petition and email Newcastle council directly, imagine if we could flood them with thousands of emails condemning this action. Here’s a template I picked up, please email to dewleyhill@newcastle.gov.uk:

I am writing to object to the proposed open cast coal mine at Dewley Hill. I strongly object on the following grounds:

1. Climate change
With the IPCC warning that urgent and unprecedented changes are needed within the next 12 years to prevent catastrophic temperature rises, the extraction of any new coal should be regarded as environmentally unacceptable. For, in licensing this additional extraction, we act to push ourselves perilously closer to disaster.

The precarity of our situation has been recognised by Newcastle City Council who recently declared a climate emergency. We ask them to honour their commitments and reject this application. On the basis that the plans contravene national and local policy (Paragraphs 148 and 149, Chapter 14 of the NPPF, and CS16), planning permission should be refused.

2. Biodiversity
Biodiversity is important in its own right, but human survival also depends on it. To approve the development would signal a loss of habitat to myriad protected species (bats, yellow hammer, barn owls, and badgers, to name a few), and of many hedgerows, which are considered a priority habitat in their own right. Furthermore, as the site forms part of a wildlife corridor, the damage would extend far beyond the site – fragmenting the corridor serves to increase wildlife vulnerability to climate change and other stressors. Thus the development would run contrary to the government’s biodiversity strategy (Biodiversity 2020) which aims to create a more cohesive and resilient ecological network. Accordingly, the proposals are noncompliant with paragraph 150, chapter 14 of the NPPF, and CS18.

3. Sustainability
When a development is environmentally unacceptable the NPPF states that planning permission should only be granted in the event that economic and social benefits outweigh the costs. The plans fail this test.
Despite the creation of jobs being touted as a benefit of the mine, the reality (which is acknowledged by Banks) is that the majority of the 50 jobs on site will be staffed by existing personnel, i.e. very few – if any – jobs will be actually ‘created’. Banks have also attempted to link the proposals to their ability to provide an unspecified number of future apprenticeships. However, as they can only boast that their Shotton and Brenkley Lane Surface Mines (which have been operational for 19 years collectively) have facilitated the completion of three apprenticeships, the significance on these to the local economy would be negligible. Furthermore, coal is a dying industry; it is a career with no future.

The local community firmly assert that the negative impacts would firmly outweigh any purported benefits of the development: dust, heavy traffic and congestion, air pollution, loss of amenity and the potential damage to a Neolithic barrow. Consequently, the plans fail to meet the criteria set out in paragraph 211, Chapter 17 of the NPPF and should therefore be rejected. 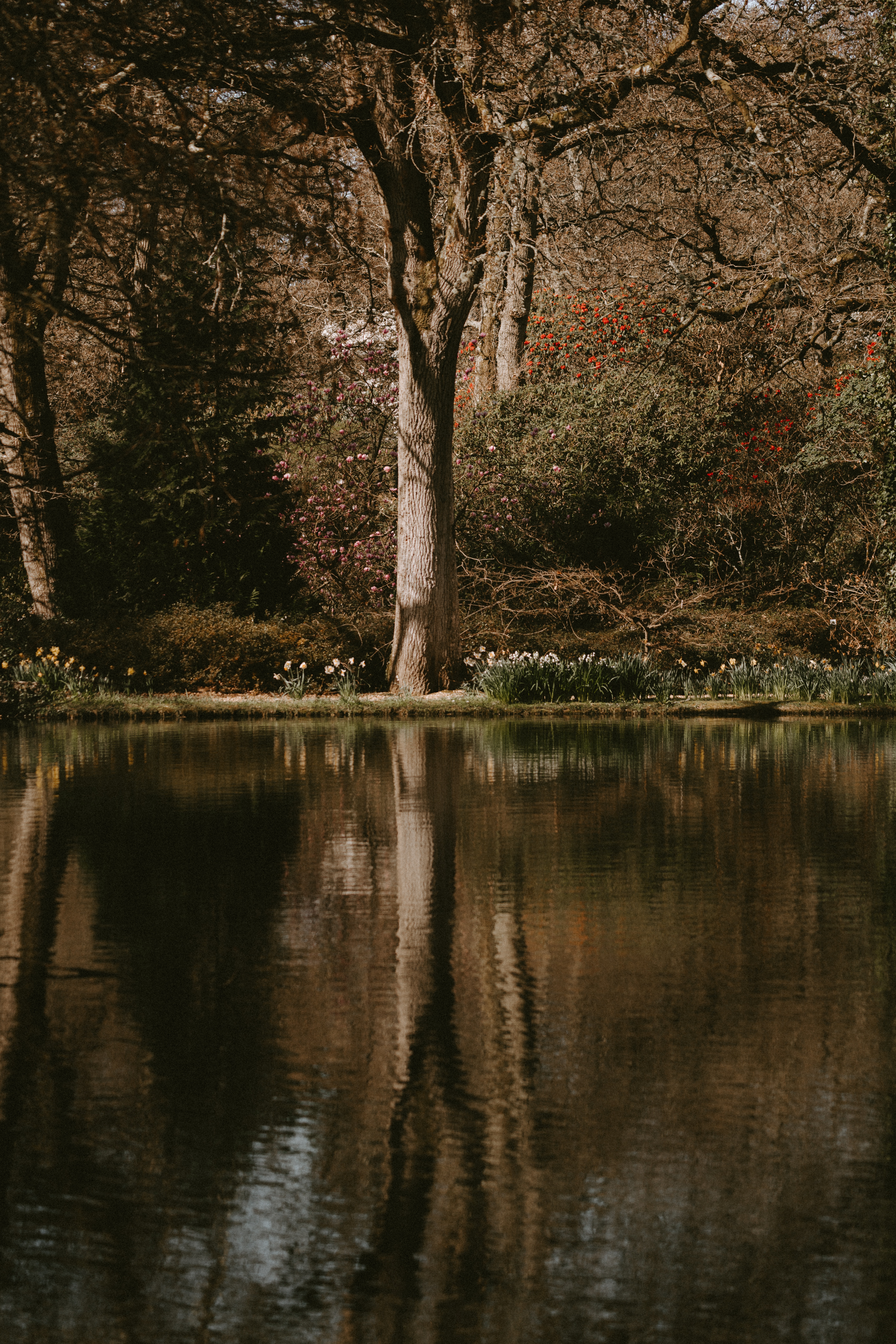 – Switch to a renewable energy provider for your home

– And make sure to dispose of your fridge properly!

– Switch to an ethical bank, and tell your old bank why you’re leaving

I’ll be doing an updated post on this soon!

– And switch your pension plan to an eco option too 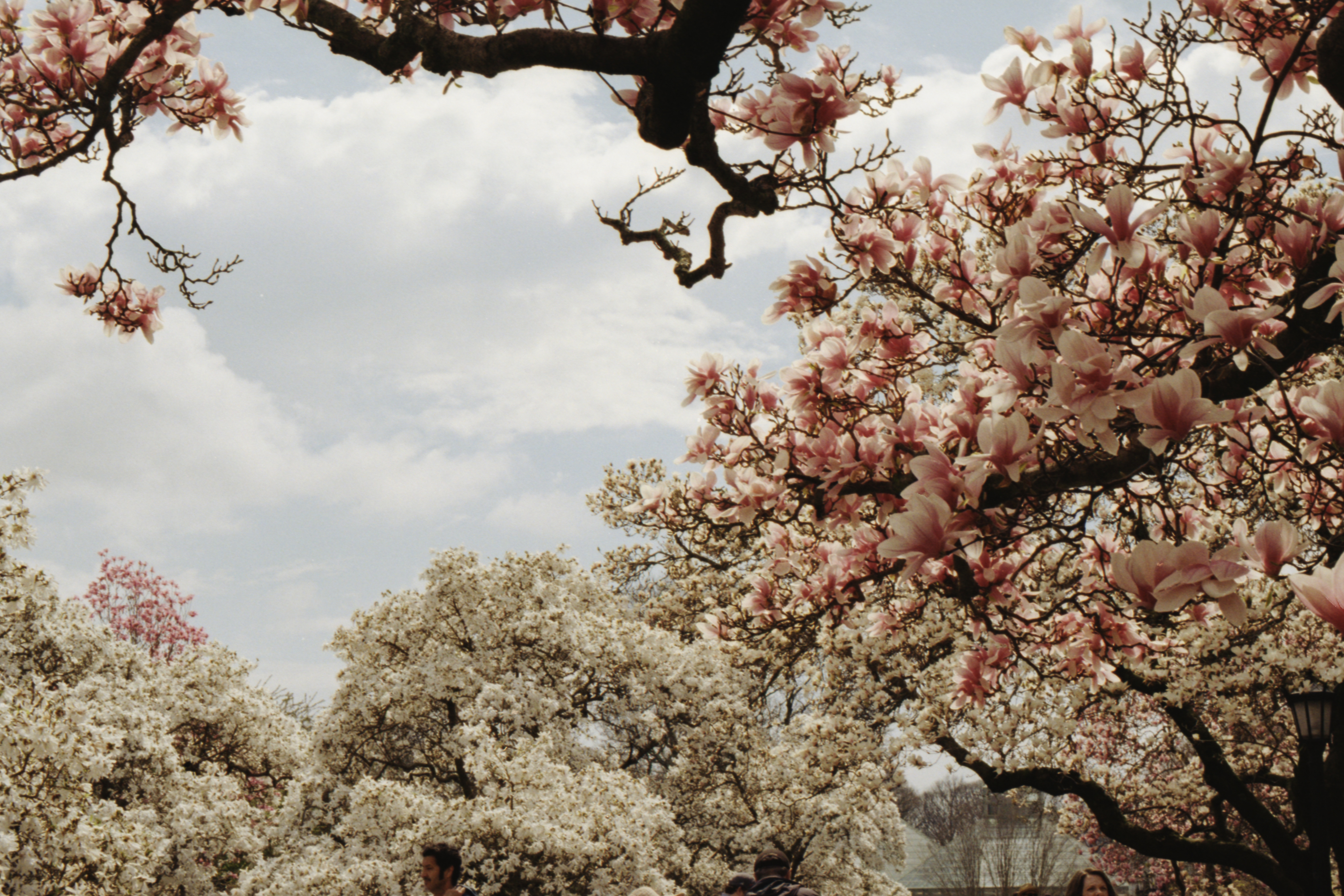 – Reduce your meat and dairy intake, as much as is possible for you

Try and source your food as locally and seasonally as possible (as vegan doesn’t automatically mean ethical), and see if you can fight food waste at the same time by looking out for services like Oddbox.

Just make sure to learn about soil health while you’re at it!

– There are also ways to eat out sustainably

– And here are some tips for looking out for bees

– Also, here’s what to do about palm oil 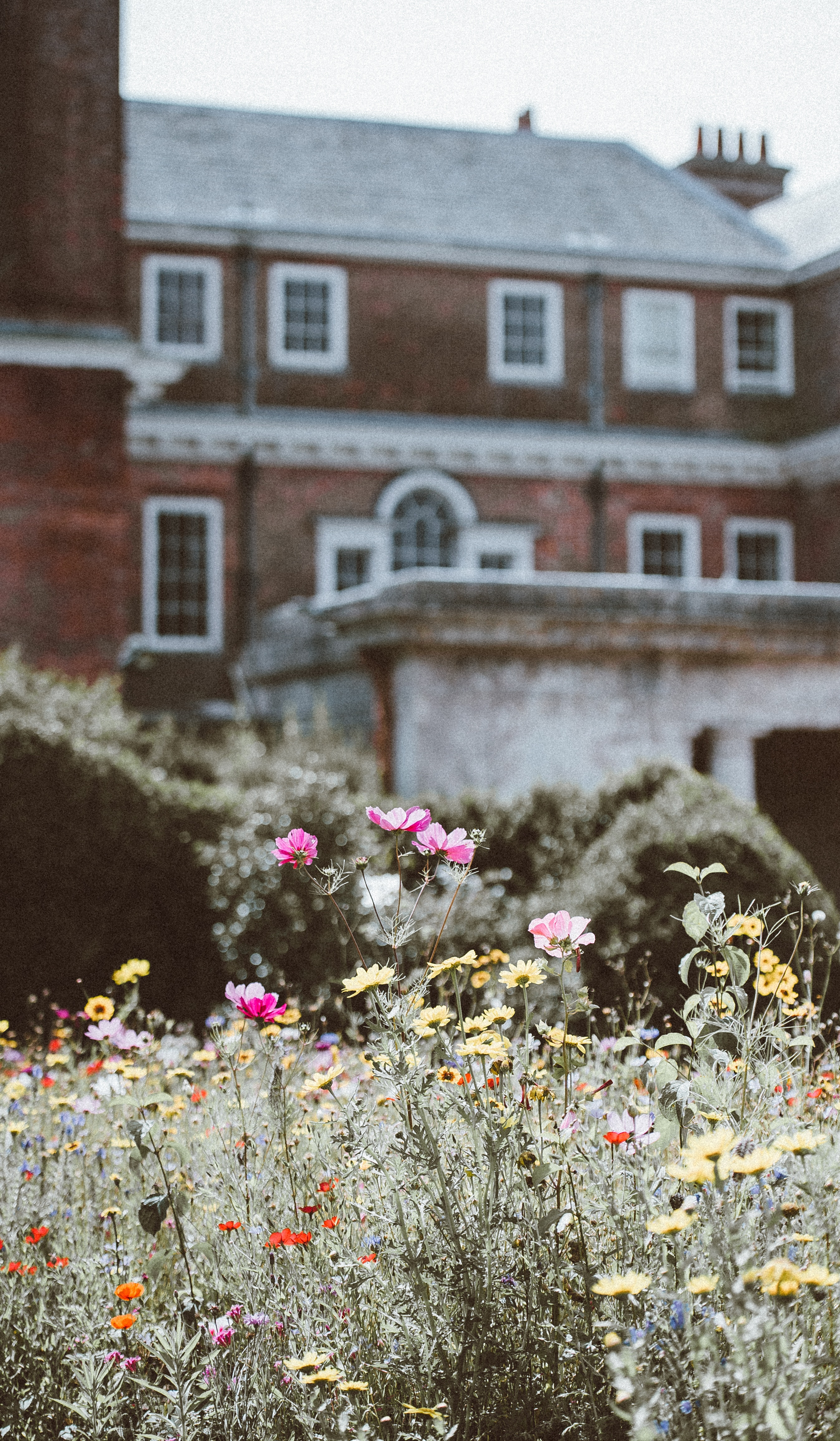 – If you can, buy an electric car, or opt for no car at all

I know there is information out there about how overall a secondhand oil/diesel car may be more sustainable, but realistically it’s much easier to connect everything to the grid and work to clean up one grid system, over dealing with multiple combustion based engines releasing emissions. Also, we’ll see reductions in air pollution too.

Ultimately, flying is going to be the last thing that gets a solution when it comes to emissions, so if we can reduce it globally while we work on that, it’s going to be a lot easier. There are talks of electric planes for short haul flights, which could be great for things like Europe and domestic US flights, but if we can generally take more trains, that would be great. Read more about the benefits of train travel here.

Read my full guide on air pollution here, but essentially avoid aerosol products in favour of solids or liquids, and look out for low VOC products too.

While ultimately personal choices aren’t going to have the biggest impact, they’re still important if we can make them en masse. Check out my guide to transitioning to a lower/zero waste lifestyle here.

– And ask local businesses to reduce theirs too 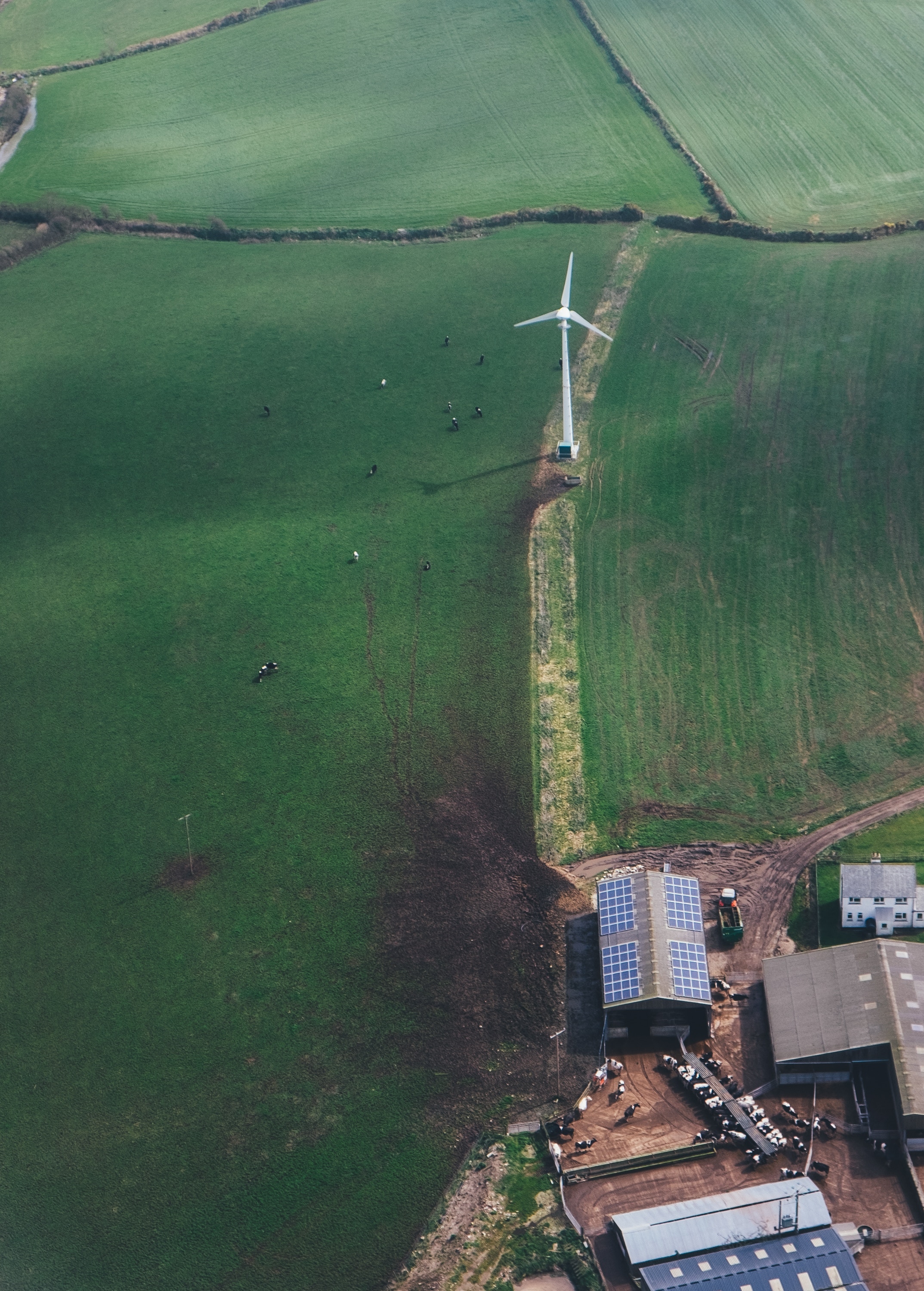 While fashion isn’t the second highest polluting industry, it’s still not great. Here’s how to identify greenwashing so you can find real sustainable brands, and if you can’t afford sustainable brands or you want to be more circular, check out my tips for thrifting and vintage fashion.

– Learn about the circular economy

In the long term, we really need businesses to move away from product-based models and toward service-based models. For example, as we transition to electric cars it would be far more sustainable for manufacturers to create modular designs that can be leased, and then drivers can take them back to be regenerated when newer technology becomes available/necessary. This will help us deal with waste and the speed with which things need to change by 2030. Learn more about the circular economy here, and in your personal life try and switch to secondhand buying whenever you can, or support brands using recycled and waste materials to close the loop.

– If you live in London, join the campaign for a zero waste water system

Because less plastic is better for everyone.

This is all I could come up with for the time being, but if you have more suggestions do let me know and I’ll make sure to add them!