This post was sponsored by DELGATTO/I Do Now I Don’t. All thoughts my own.

Here in the UK wedding season is well and truly upon us. I’ve just returned from a hen do and am about to head home for a wedding this weekend (coinciding with the biggie that is the royal wedding of course), so now seems like the perfect time to talk to anyone who may be thinking about engagement at some point in their future.

The fact is conventional engagement rings (and the gems contained within them) are all different kinds of problematic. From human rights to environmental issues, firsthand gems come with a host of murky ethics. Here are some of the main problems, as well as an incredibly simple solution for finding a sustainable and ethical alternative.

The problems with conventional gemstones

These days awareness around blood diamonds (also known as conflict diamonds) is much higher than it once was. They’re defined by the United Nations as:

“diamonds that originate from areas controlled by forces or factions opposed to legitimate and internationally recognised governments… used to fund military action in opposition to those governments, or in contravention of the decisions of the Security Council.”

The sales of conflict diamonds have directly funded conflict in countries such as Sierra Leone, Angola, Liberia, Côte d’Ivoire and the Democratic Republic of Congo. According to the most recent statistics, diamond mining is responsible for up to 4 million deaths.

And if you were thinking of finding another gemstone to avoid the issue, these aren’t necessarily clean either. Myanmar supplies many of the worlds rubies, sapphire, jade, garnet, lapis lazuli and moonstones, among others, in fact 80% of the worlds rubies come from Myanmar. Funds from these mining industries are partly controlled by and distributed to the country’s military, who are still carrying out ethnic cleansing of the Rohingya. While the situation is complex, (we also need political intervention and systemic change so that small miners don’t lose their livelihoods with no support as collateral damage) purchasing any of these stones means that you run a high chance of funding genocide.

On top of all that, even when gems are certified as conflict free this doesn’t include worker exploitation at all, and the Kimberley Process, which was set up to trace and certify gems as conflict free, doesn’t even work anyway.

‘The United Nations has recently reported that poor controls are allowing up to $23 million of conflict diamonds from Côte d’Ivoire to enter the legitimate trade through Ghana, where they are being certified as conflict-free’ (source)

So there is no way to guarantee which gems are truly ethically sourced and which are funding conflict and abuse.

That’s right, gemstone mining has all three. There are up to 1 million diamond diggers in Africa living in poverty; earning less than $1 a day as most profit goes to middlemen, traders and exporters. These diggers work in extremely dangerous conditions, with mine collapses, shootings, beatings, detentions and exploitation as regular occurrences. Child labour is also rife in the industry: children as young as four have been found working in diamond mines in Africa, the jade industry in Myanmar and the Indian gem industry. It is currently estimated that one million children work in mining worldwide.

Human trafficking can also be a common occurrence, as adults and children are forced to work as slaves in diamond mines.

Gemstone mining has a huge impact on our planet. Most diamonds come from large industrial mines, whilst most coloured gemstones (rubies, sapphires, emeralds etc) come from smaller mines, but both can do a lot of damage. Large mines disturb huge amounts of land, as the average diamond in an engagement ring requires the removal of 200 million to 400 million times its volume in rock, but beyond that they drastically affect biodiversity, rack up a huge carbon footprint, use high quantities of water for gem processing, and create massive quantities of waste rock that contributes to acid rock drainage (that 400 million has to go somewhere). Whilst smaller mines have a smaller impact, it’s still an impact, especially if they’re located in ecologically sensitive areas. Washing gems in nearby waterways can cause pollution, soil can be eroded, and land and forest is often cleared to create more digging sites and provide for things like cooking fires in areas where gems are found. Machinery runs on fossil fuels and causes dust, both of which pollute the air, and irresponsible mining can lead to problems like oil spills and rubbish issues as old machine parts and cars can litter local areas. 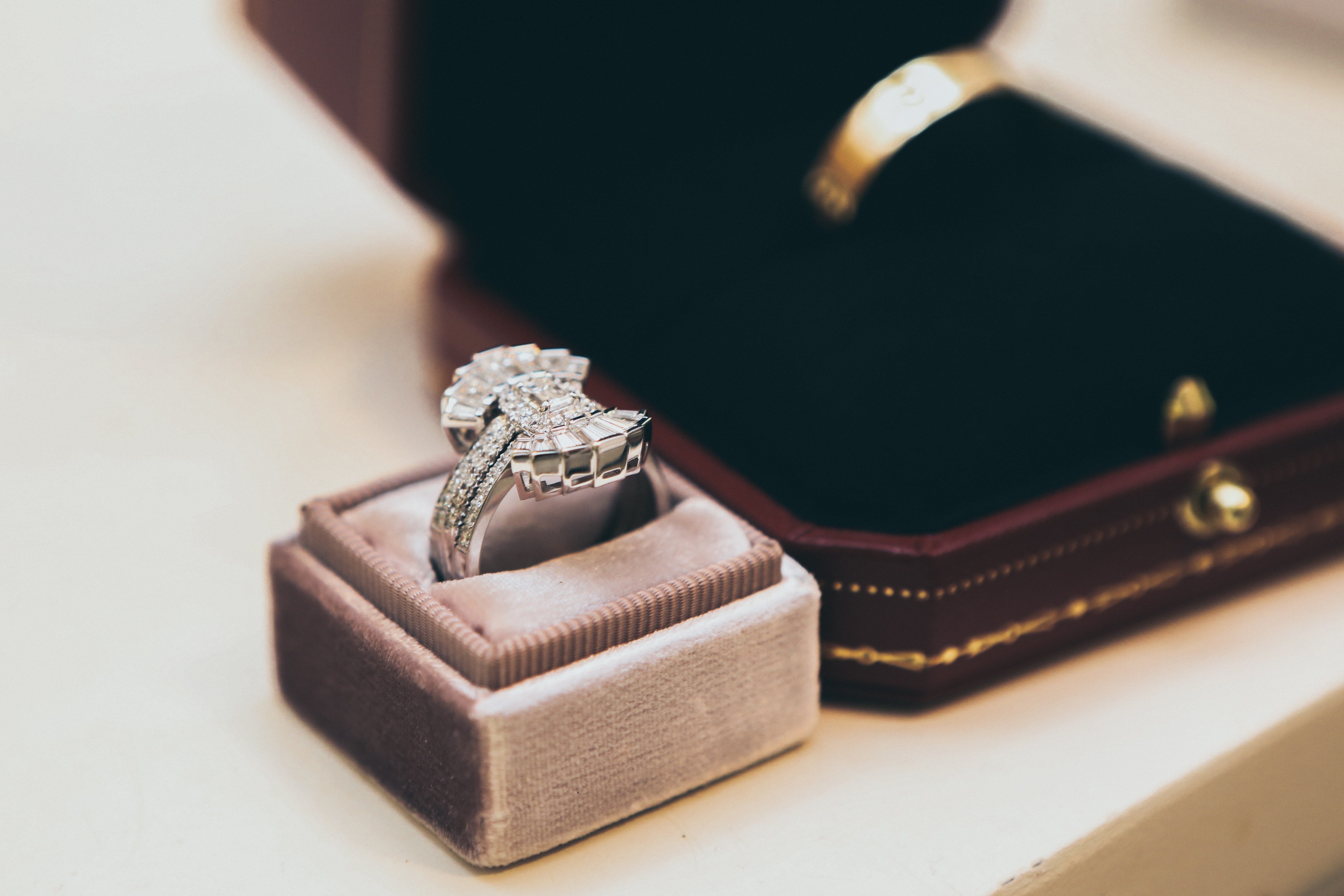 As always, secondhand is an incredible tool. Buying something that already exists both saves it from being thrown out, and means that we don’t create any demand for new resources or energy. In this case it also means that you can avoid funding conflict, genocide and various working rights violations. Plus, diamonds are forever! It’s not like a secondhand ring or its gems are going to drastically lower in quality over time, in fact the only thing that does go down is their value. A firsthand diamond depreciates massively in value from the moment you buy it, so you may as well save yourself that money and get one that has been pre-loved instead. I promise you no one will be able to tell the difference.

When it comes to finding a secondhand ring DELGATTO/I Do Now I Don’t are the best in the business. The company began when founder, Josh Opperman, tried to sell his ex-fiance’s ring and was only offered 30% of the original price. He realised there was a market for selling on our secondhand gems, jewellery and watches, one where the seller is able to receive better prices through selling peer to peer, and the buyer still gets a better deal than the retail industry. No middlemen necessary. Their prices range from as low as $150 up to the thousands, so there’s something for a variety of circumstances, and each gem is certified by a team of certified gemologists to guarantee their authenticity. You can also shop by multiple factors including cut, carat, clarity, colour, metal type and shape, so you can find something to suit your unique taste. Whilst diamonds are the main gem you’ll find in their marketplace, there are also plenty of rings that include rubies, sapphires, emeralds and more, so you can find alternatives both to African diamonds and to gems from Myanmar if you’re looking for a more unique option. If that wasn’t enough, you can also use their marketplace to sell your own old items too!

While the problems can seem overwhelming at first, it’s incredibly encouraging to find innovate and easy to use solutions like DELGATTO/I Do Now I Don’t. Click here to shop their collection yourself, or sign up as a buyer! 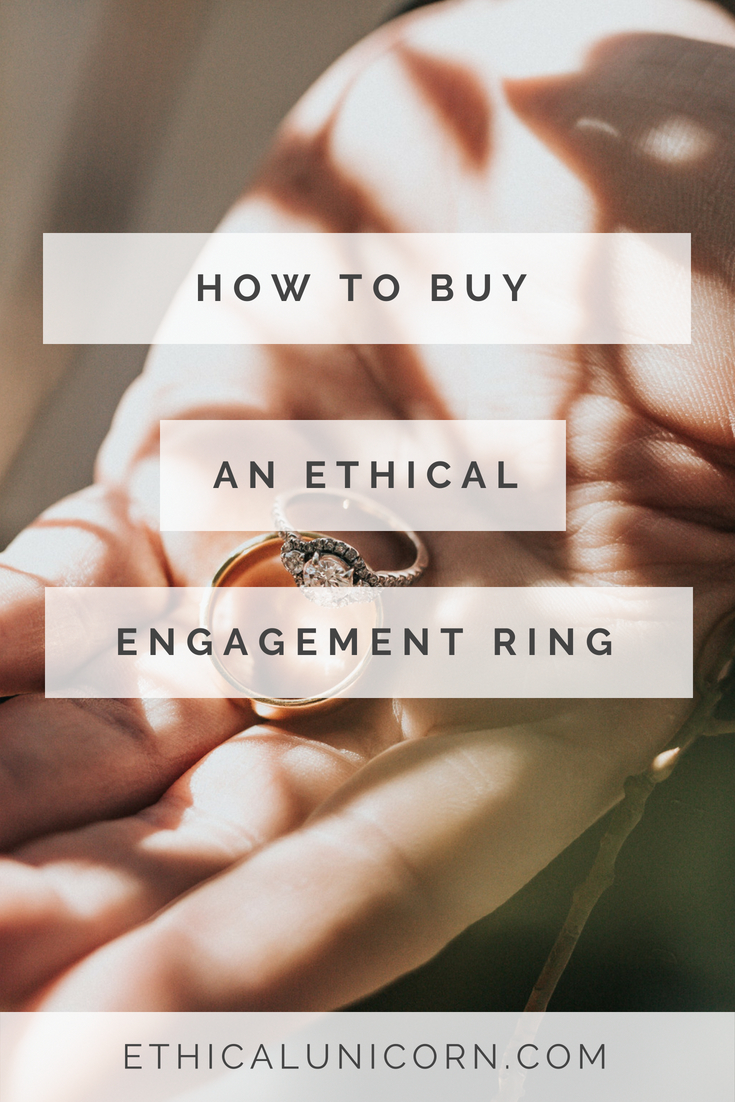