Today’s post is the last in my mini series for International Justice Mission’s Lent campaign. I won’t lie, it’s been mentally tough to write about so much slavery in such a short period of time. That being said, it has also served as a consistent reminder of how unknown these things are, and how important it is to talk about them. Often times when these issues are reported on we end up left feeling helpless, like there’s nothing we can do or change but this is just the reality we live in. I hope my posts have felt different, as I’ve worked to include action points in each one. It’s tough to face the realities of so much injustice worldwide, but it’s also our responsibility to try and be better. So today, after talking ethical coffee and slavery free chocolate, it’s time to turn my attention to make up.

When we talk about make up ingredients we’re often thinking natural, non toxic, cruelty free and potentially palm oil free. But there are other ingredients to consider, the main one being a material called mica.

Mica is a family of minerals from the silicate class, the most common minerals found on earth. It comes in different colours, but essentially looks like a very shiny type of rock (it can often be used as fools gold). It’s very likely you’ve seen mica multiple times before, as it’s well sought after for its ability to make things glitter. Humans have used mica to make paint sparkle for centuries, but nowadays it’s especially common in cosmetics. If products such as your eye shadow, lip stick or blusher have some shimmer to them, they probably contain mica.

Where does it come from?

While mica can be found across the world India holds a strong monopoly, making up 60% of global mica production. More specifically, the states of Jharkhand and Bihar in Eastern India account for roughly 25% of the global mica production, but both of these regions are rife with poverty. According to research published in 2013, 36.9% of the population in Jharkand and 33.7% in Bihar live below the poverty line, which means that slavery can easily enter the supply chain. Children become vulnerable as poverty drives them to seek work so that they support their family, whilst quarry owners also use high interest rate loans and violence to enslave families for generations. Child labour is especially pervasive in India’s mica mining business and a huge amount of India’s mica production is unregulated, with the country ‘officially’ producing around 15,000 tonnes of crude and scrap mica a year but exporting 130,000 tones in 2011-2012. 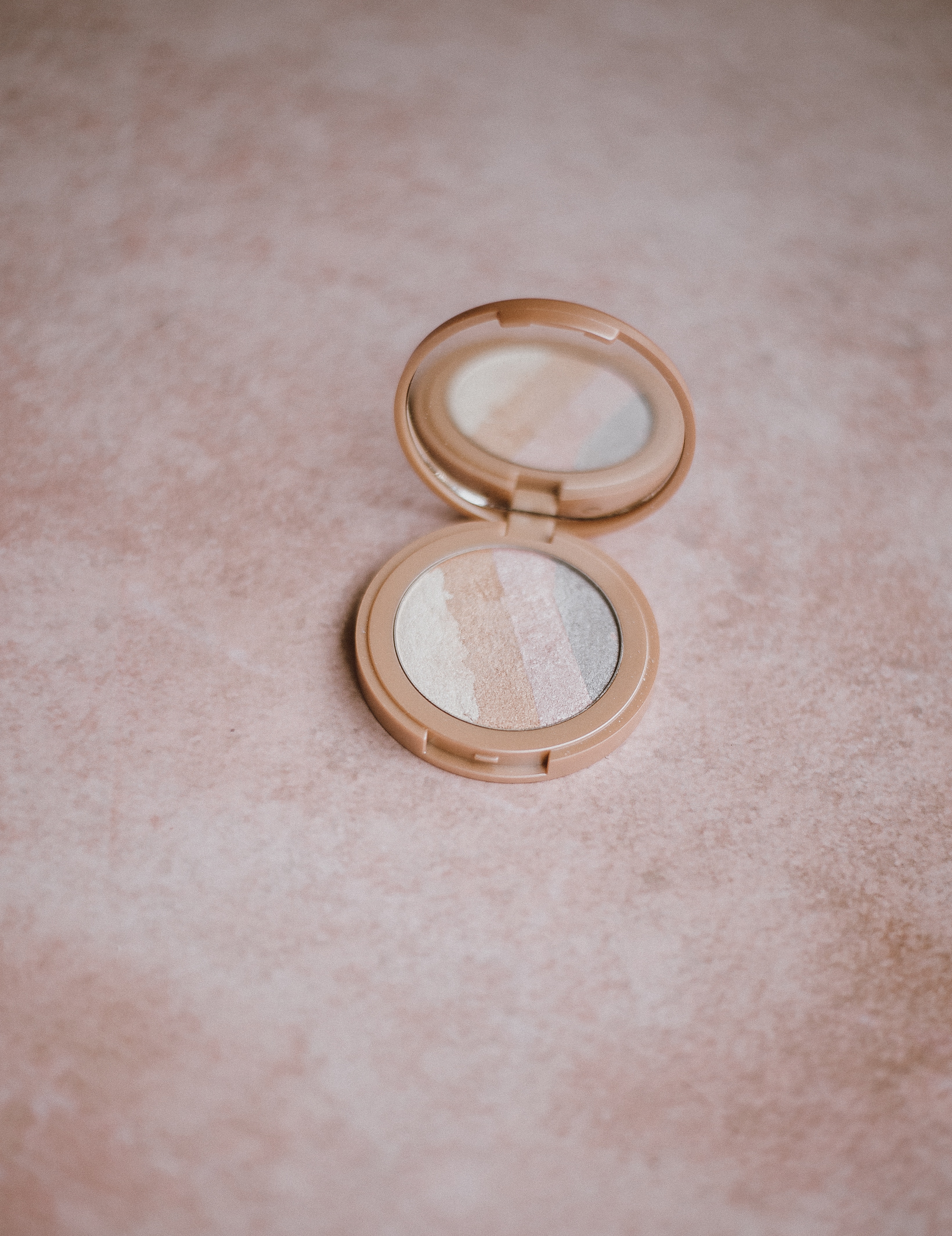 ‘Up to 20,000 children are estimated to work in the mines, around 90% of which are illegal, according to a recent report by NGOs Terre des Hommes and SOMO.’ (source)

Which brands are involved

According to research centre DanWatch, twelve out of sixteen international cosmetic companies don’t disclose where their mica comes from, but seven of them support standards that include combating child labour according to their official communication. The problem, as always, seems to come because mica is often sold to middle men who do business with these larger companies. This gives cosmetics companies the ability to not be directly in contact with any child labour or slavery, in the hopes that no one will notice or that they can say they had no idea if people do. Brands that have been linked to India’s mica mines include Estée Lauder, MAC, Rimmel, Bobbi Brown, Clinique, Toofaced, Schwartzkopf, Intercos, Sun Chemicals, Tesco, Asda, BMW, Vauxhall and Audi (as mica is also used to make glittery car paint). However one of the most notable is the world’s second largest cosmetics company: L’Oréal.

L’Oréal, who owns Maybelline, Lancôme, Garnier, Yves Saint Laurent Beauty, Kiehls, Urban Decay (a very well known cruelty free brand) and more, buys mica through intermediaries such as the German company Merck  and the Chinese company Kuncai. These companies are known as the biggest buyers in the area (and supply to the other companies listed above), and regularly source unethical mica:

‘Merck confirm in the article that they were aware of the use of child labour despite contractual obligations from suppliers not to employ children. The company said that further monitoring along the supply chain was very difficult, adding, “especially since these areas are considered not safe.”

Joanna Ewart-James, Anti-Slavery International’s Supply Chain Co-ordinator, said: “It is disappointing that Merck knew about the existence of child labour but appears to have done little to address it. This case demonstrates that contractual requirements not to use forced or child labour are insufficient and offer no guarantee that neither exist in a company’s supply chain.”’ (source)

Whilst Merck has made some vague acknowledgements of the problem, Kuncai simply does not require its supply chain to be child labour free. (source) 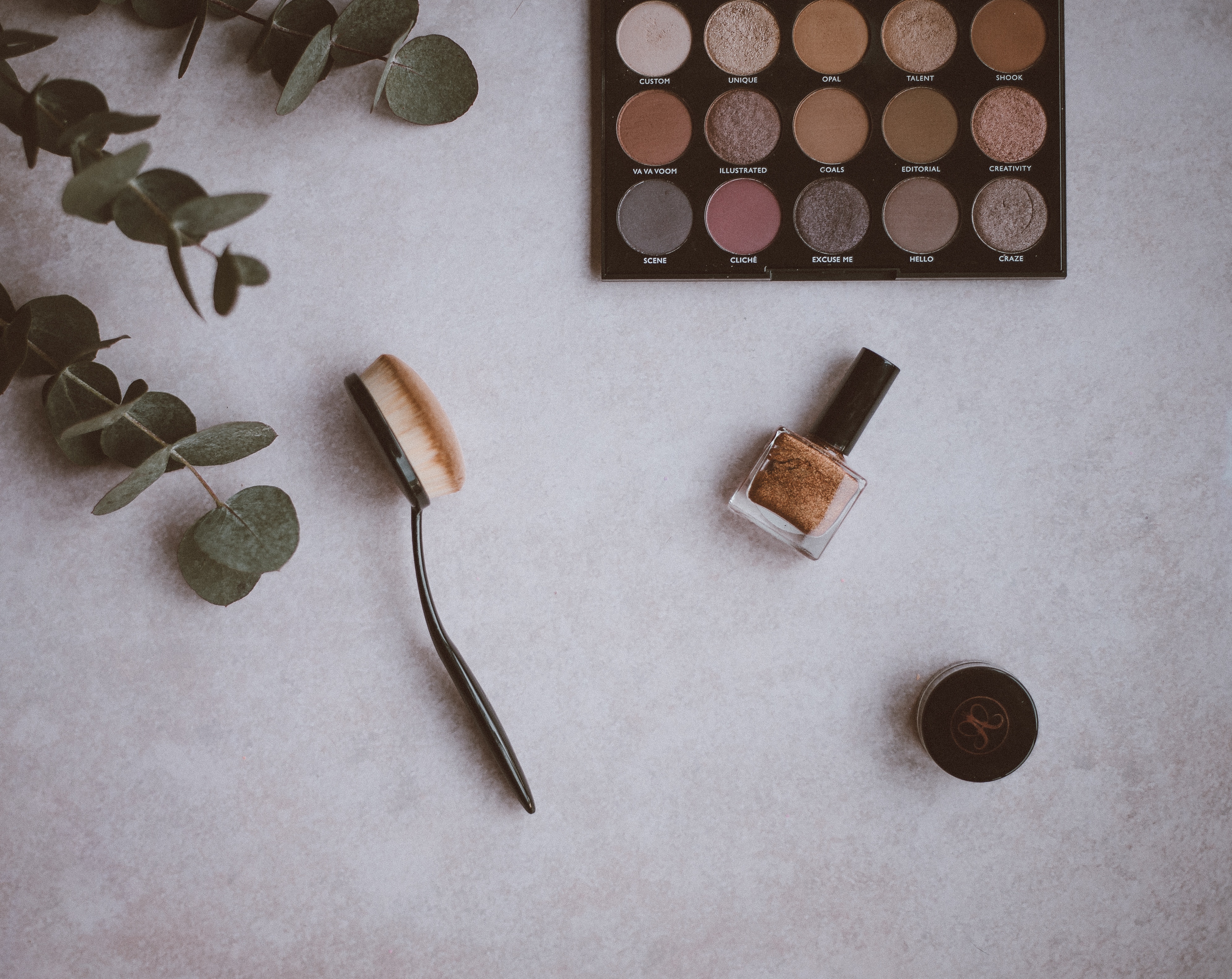 It’s also important to note that buying natural, cruelty free or non toxic make up doesn’t deal with the issue of slavery:
‘Many companies market their make-up as ’natural’. There is no clear-cut definition of what the tag ’natural’ would comprise, but it most often refers to the fact that the product includes one or more ingredients which come from natural sources. This means human labour is involved, just as when the naturally occurring mineral mica is dug out of India’s mines. The demand for natural ingredients in make-up is on the rise as a consequence of a general tendency towards a more sustainable and ecological lifestyle. Even if the word ‘natural’ is often connected to sustainability and ecology, there are no societal or environmental rules for the production and the marketing of natural products. As this report shows, it is quite a long shot from ‘natural’ to ‘socially responsible’. Part of the natural mica in our cosmetics is, in fact, produced under conditions which the International Labour Organisation, ILO, classes amongst the worst forms of child labour: children working in mines’ (source)
The biggest example of this would be Lush, who are well known for their cruelty free and vegan products. Their active use of mica for many years shows that we must go further than cruelty free in our products. Back in 2014, after being confronted with the issues surrounding mica, Lush committed to removing mica from all its products. However, despite not knowingly purchasing materials containing natural mica since then, this has still proven to be difficult. In 2016 The Guardian reported the following:

“We had no idea just how difficult that would be,” says Stephanie Boyd, the company’s PR manager. “As a direct ingredient it would be easy to identify, but unfortunately mica remains as part of a complex mix of materials that are used to make colour pigments and lustres.” (source)

There are a few different approaches that are being implemented, however none of them are currently perfect. 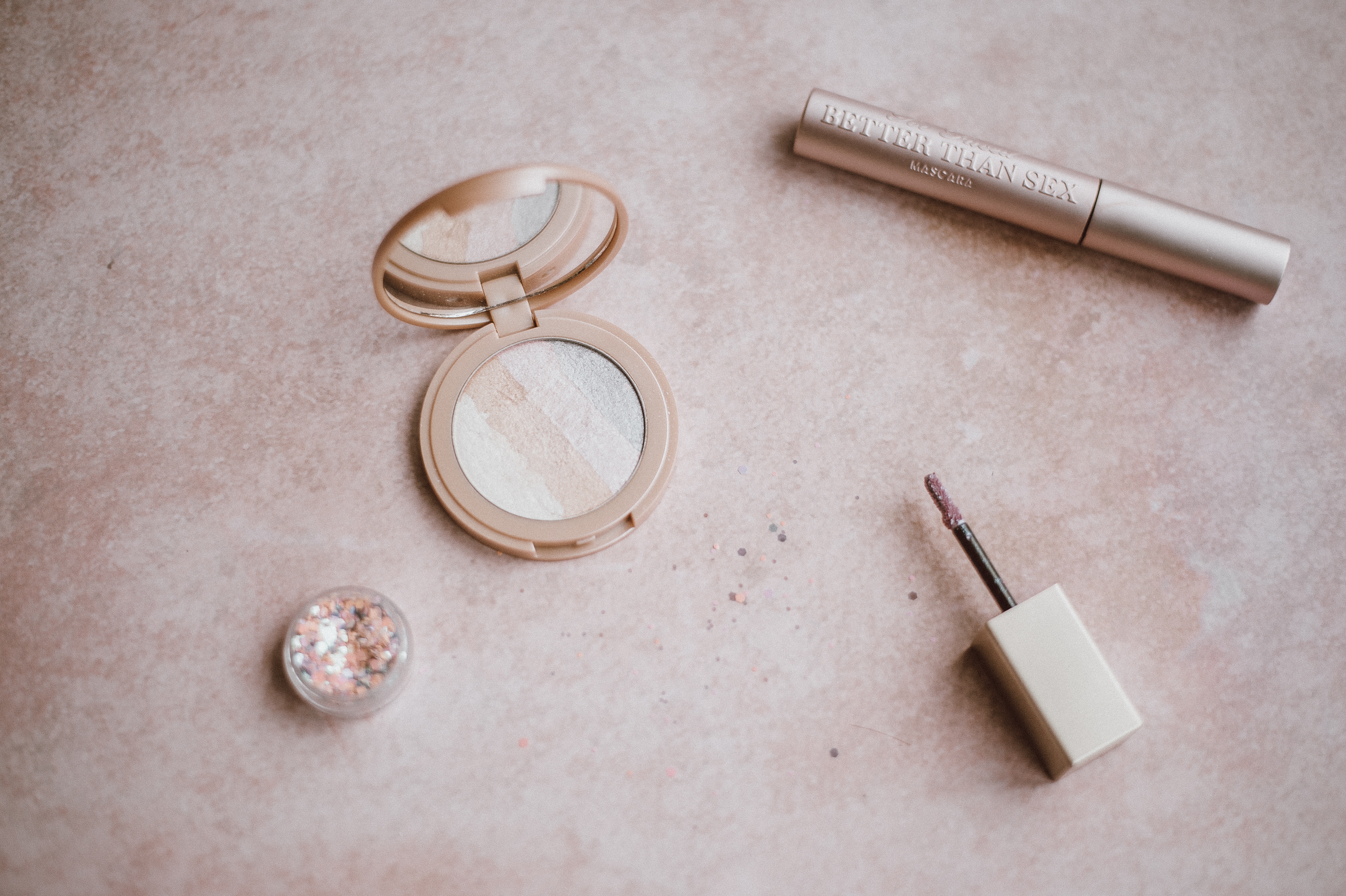 So what can we do?

Make up is a little different to eradicating slavery in chocolate or coffee, because there isn’t a fairtrade or direct trade movement around mica that people can easily switch to. Here are some other options:

This is a harder one to talk about, because the solutions aren’t as simple as a product switch. In the meantime you could avoid buying any make up that glitters, but again it can be hard to tell because mica can be used in the creation of pigments, which is frustrating. I often say in interviews that I believe real change has to be found through a combination of consumer choice, collective action and policy change. I believe this is one of these instances. It can feel frustrating that there isn’t a simple, clear cut answer, I know. In this case, I believe that putting your resources into organisations like IJM is the best way to root out the problem, alongside pressuring governments and companies to be better. I know it can feel exhausting, but education is the first step to making change happen. So don’t despair, and spread the word. 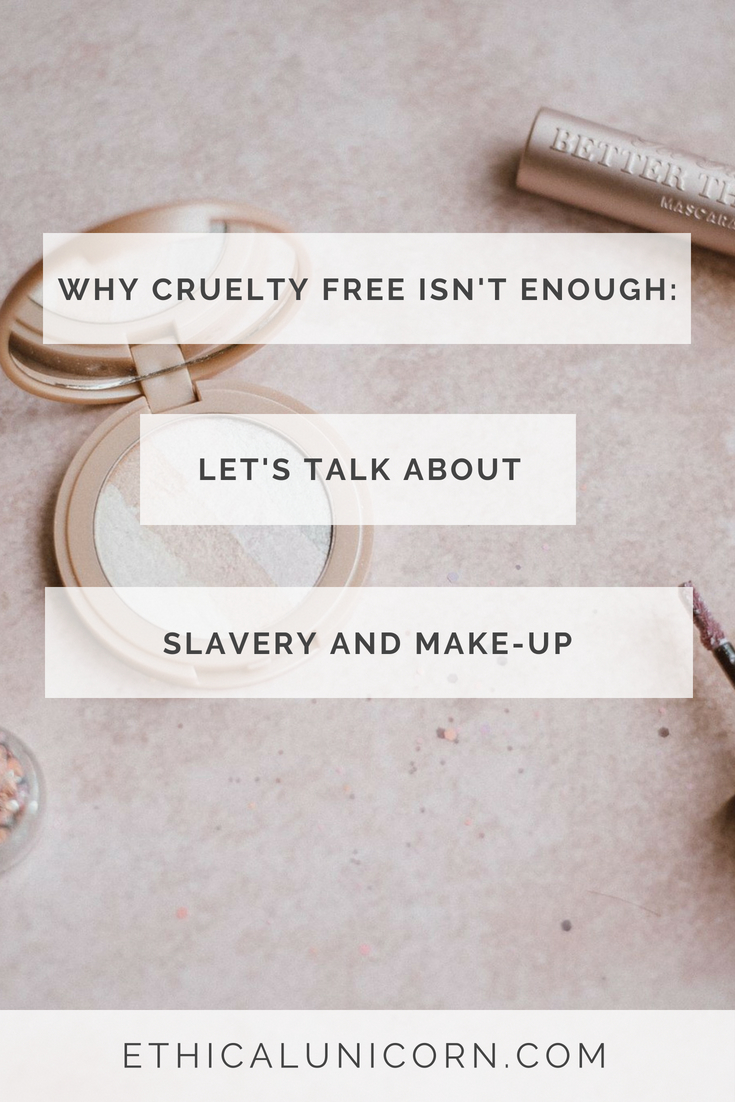