Fun fact: a lot of women (although I can of course only speak from a cis woman perspective here) don’t know our bodies as well as we could. At this point we’ve all heard the arguments about photoshop, branding and social media’s negative impact on how we view and think about our bodies, but there’s also more to it than that. Things we should know but don’t. After all, almost 80% of women wear the wrong bra size, the average woman changes clothing size 31 times and the average man 24 times throughout their adult life, and adverts for period products still show blue liquid because the idea of females actually bleeding once a month is seemingly too horrific. There’s a lot of things that you would think we’d be clued up on, especially something so personal and intimate as own own bodies and their functions, but we aren’t.

I also think this is an area where making sustainable choices can steer us in a different direction. 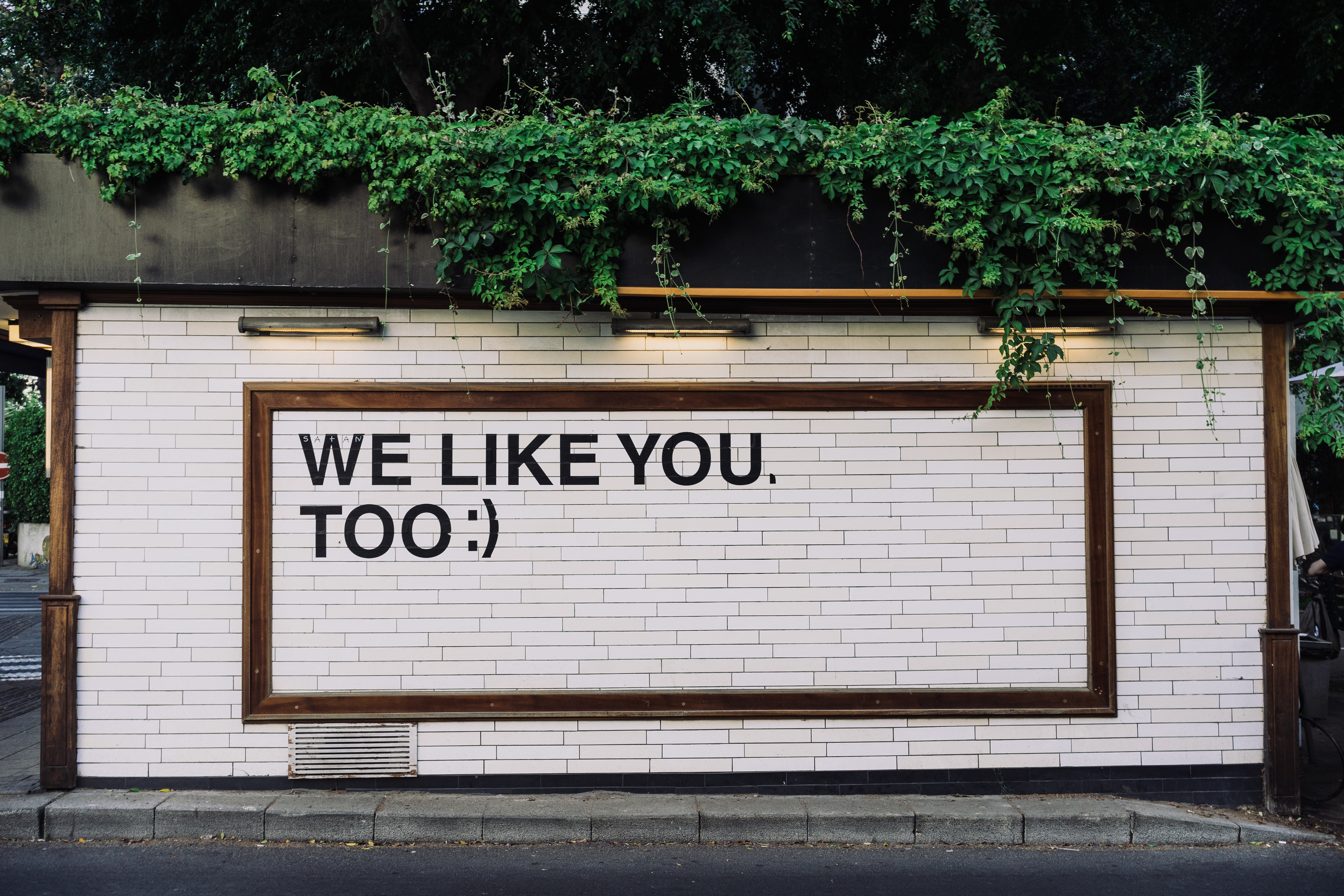 I first noticed this with my first ever sustainable switch, and literally one of the first things I wrote about online, the menstrual cup. Here’s what I wrote at the time:

“Through the process of using a mooncup you will come to learn a lot more about your own anatomy and how your body is unique to you. It’s actually very easy to not know that much about ourselves and how we function, but it’s so important to understand and know your own body, and the mooncup will definitely help you here”

The thing is, while I of course had the general gist of my downstairs region, I had been told for so long that menstruation was dirty and gross, so it was always about dealing with it as quickly as possible and ignoring it. I guess that’s where disposables can also work on a psychological level, because we can throw them away fast and go back to getting on with our day and pretending nothing is actually happening in our pants.

It was only once I got a menstrual cup that I actually started to understand my body in a different way; how it operates, what it really looks like, and how best to treat it. And instead of putting my effort into ignoring my menstrual cycle and pretending it didn’t happen, I suddenly couldn’t stop talking about periods. I would tell basically any female friend about how the menstrual cup had changed my life. It had helped me be more sustainable, definitely, but it had also helped me appreciate and understand the natural and important things my body and biology were actually capable of. I was no longer ashamed of periods, instead recognising that they were scientifically fascinating, and for the first time I actually knew my anatomy properly. I switched because I wanted to be eco-friendly, but I gained so much more in body positivity and confidence, truly understanding my body as an incredible vessel that carries me around every day as a result. 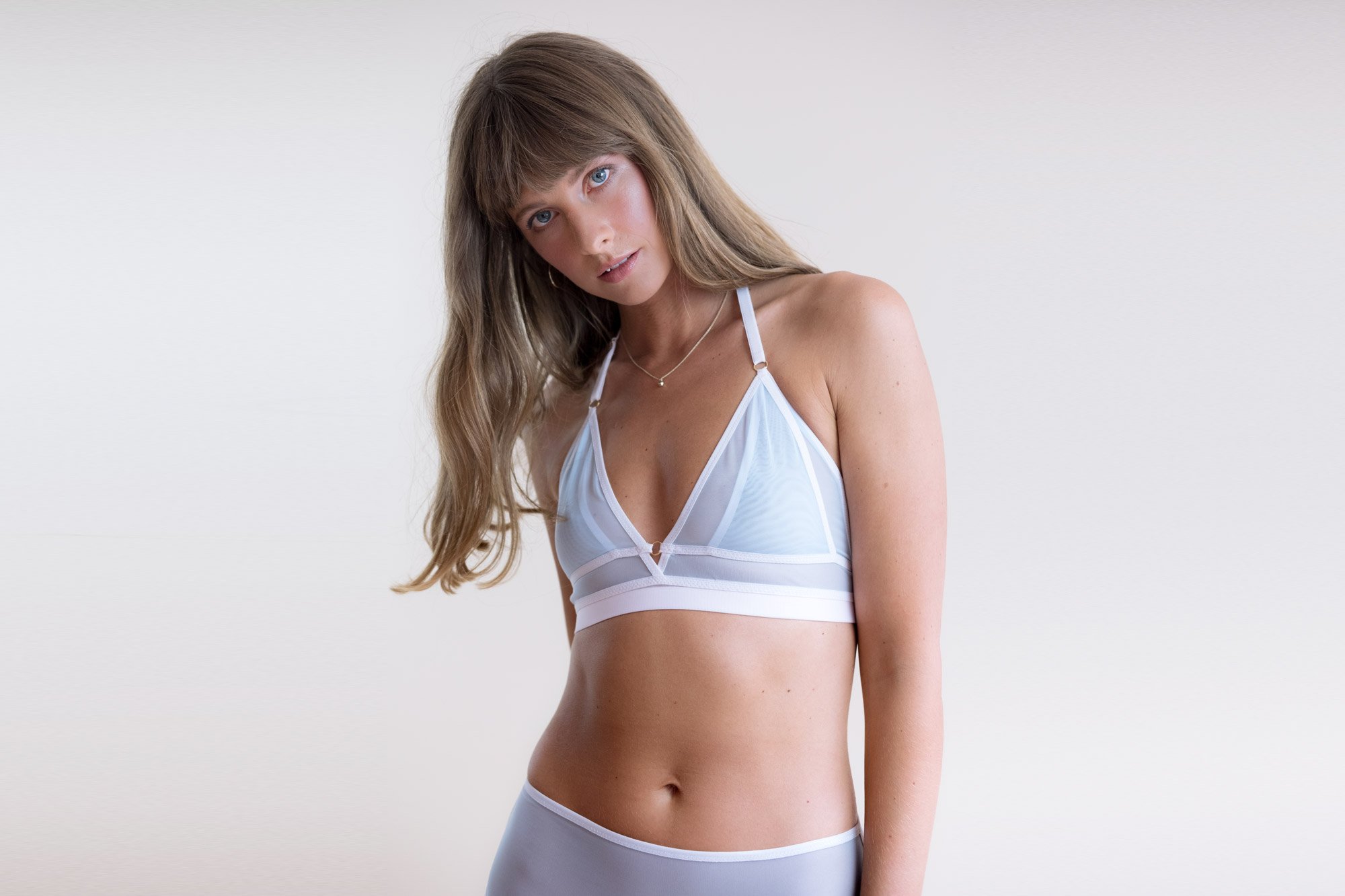 More recently I learned that I have definitely been wearing the wrong bra size basically since I’ve had boobs. Deep down I knew this was the case; I have vague memories of being measured and told no one would cater to my size, so I had to just buy conventional sizing from conventional companies and make it work. I’ve literally been uncomfortable for 10 years because of this. I’m a very small person, and my bra size comes in at a 28E. Contrary to popular belief, cup size doesn’t actually equal how big your boobs are, but how much bigger they are than your ribcage. Because I’m tiny, this left me with a super small band size and an a E cup, a size that I literally have never found anywhere. Instead, I was pushed into buying a 32C. It’s 4 cm too big, but I was told it was the only thing I’d ever find to fit me.

This only changed last week, when I popped in to visit Lara Intimates‘ new studio in Soho. I was measured before I ordered my first ever sustainable bra (the crop top, if you’re interested) that is made in the UK with offcut fabric that would’ve otherwise gone to landfill and actually fits me. Sustainability nearly always means operating on a smaller scale, which means being able to offer women sizes that are going to fit them. Instead of peddling out masses of products based on arbitrary sizing averages and expecting women to deal with it and keep consuming unsustainably, Lara Intimates hits the perfect spot of offering a tailored service without being a crazy exclusive tailored atelier. Sure, the price may be a little bit higher than some of the unethical, unsustainable bras out there, but isn’t it worth it to not spend the majority of your life uncomfortable because we’ve been conditioned to think that’s normal? We have whole memes about the feeling of taking off our bra at the end of the day, but here’s a revolutionary idea. What if we actually just had options available to us that were comfortable and nice to wear? I wouldn’t go as far as saying I’ve had any sort of dysmorphia on my own size, but I literally feel like for the first time I actually know what size I am, and that I’m not a weird misfit. It’s the industry that’s been doing me a disservice, not the other way around. This is actually the best I’ve ever felt about my boobs, all because of one sustainable fashion company’s decision to do things differently and acknowledge that bodies come in multiple shapes and sizes.

But it’s not just underwear, in recent years multiple ethical brands have turned regular attitudes on sizing on their head. In order to operate more sustainably companies like MATTER and Gung Ho Design have scrapped sizing charts, replacing them with two size options instead. Both companies have deliberately created designs where size is flexible: MATTER pants have four different buttons at the waist, meaning they can be adjusted various ways (I often go one button looser after a large meal), whilst Gung Ho‘s pieces are all adjustable wrap designs that you tie to your preference whenever you put them on. Whilst being flexible in sizing carries great benefits for manufacturers in being cheaper, using less energy and producing less waste, it also encourages a much more holistic relationship between clothes and our bodies. There’s no trying to fit into sizing charts, where going above a certain number means our bodies are ‘bad’. The clothes are made to fit us, we aren’t trying to fit the clothes. With long term thinking in mind, these clothes are designed to grow and change just as our bodies do as we go through life, whether that’s something significant like maternity or just the general fluctuations that come with being a living organism. At the same time clothes curated in this way remove the condemnation of no longer fitting when our bodies change, instead going with the flow of our natural changes, helping us to feel just as attractive and fabulous no matter our size. It’s funny, because these are really just side effects from implementing sustainable supply chains and design practices, but what great side effects they are.

These are just three examples from my own experiences in buying sustainable options, I imagine there are countless more that I will continue to discover along the way. It’s a beautiful, somewhat coincidental relationship that actually makes sense.The mainstream market sells products by exploiting low self esteem, low wages and little care for the environment. Options that implement sustainable ideals by default often include more body positive practices, because ethical fashion really cares about earth, the makers and the consumers.

If you’re looking for ways to feel more body positive and feel happier about how you look, some of this always comes from inner confidence and caring for our minds and wellbeing. But I would argue that you’ll also find yourself a lot happier when you disengage from fast fashion. So much of it is motivated by profit and designed to make you feel lacking and wanting to buy more, that’s not what sustainable companies are in the game for. Shopping sustainable is so much more than fair wages and eco-friendly supply chains. It’s also about shopping for clothes that are actually tailored to you, that positively impact both make the wearer and the maker. It’s all about disrupting the old model, and with that comes feeling better about ourselves and loving our bodies as we should.

TLDR: love yourself, periods are normal, don’t listen when people tell you you’ll never find a bra in your size, and it’s ok if your body changes, because often the sustainable options are built to change with you, too.